On March first, New York Times bestselling author, Ruta Sepetys, visited BookPeople. She was enthusiastic and had a smooth radio voice (when she was younger she was trained to be an opera singer). Ruta visited BookPeople to talk about her new book, Out of The Easy and she also told the audience  riveting stories. 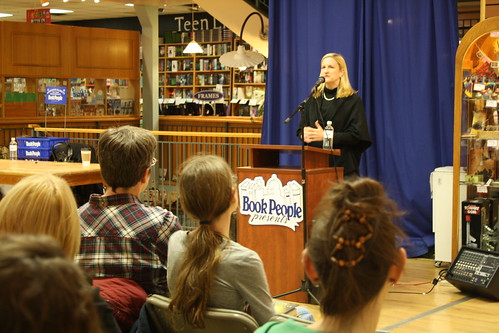 Ruta’s passion for history, and the fascinating stories she told made me appreciate her books even more. One story she told was about a 16 year old girl from Lithuania who had a 17 year old boyfriend. The boyfriend was sent to a gulag, and the girl was sent to be interrogated by the Soviets. During the interrogation the girl needed to go to the restroom. There was a window in the restroom, and she realized she had a better chance of surviving if she jumped out of the window. When she jumped she broke both her legs and her back. One of her neighbors nursed her back to health. For 10 years they had lived together. The neighbor fell in love with her and they got married, under one condition; if the girl’s boyfriend came back she would divorce him and live with her boyfriend. 15 years later her boyfriend came back and she divorced her husband and married her boyfriend. This story is what inspired some of the romance in Between Shades of Gray. 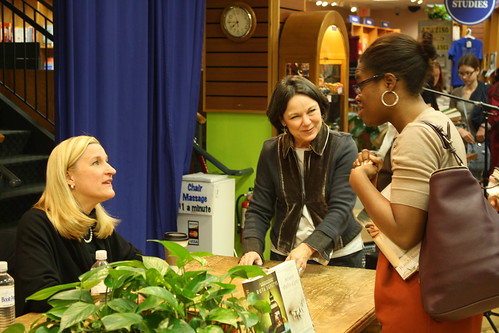