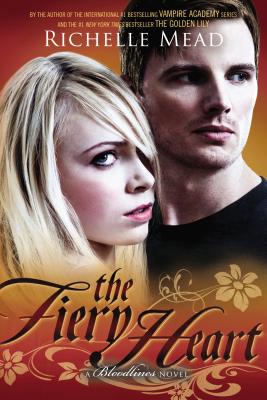 The Fiery Heart is the fourth installment in the Bloodlines series by Richelle Mead. The Bloodlines series is a spin-off from Vampire Academy, another widely successful book series by Richelle Mead. The Bloodlines series follows Sydney Sage, a young girl who is a part of an elite group known as the Alchemists. The Alchemists are a group of people who cover up the existence of Moroi and Strigoi, Richelle’s versions of vampires. The Alchemists believe the Moroi and Strigoi are unholy abominations. They do, however, work with the Moroi on a less-than-friendly basis to help protect humans from Strigoi, the evil counterpart to Moroi.

OMG! Richelle Mead has done it again! In The Fiery Heart, she brings about another insanely controversial relationship, much like Rose and Dimitri from Vampire Academy. Sydney, the kick butt Alchemist, and Adrian, the spirit-using insanely hot Moroi, get together in The Indigo Spell, the third installment in the Bloodlines series. The Fiery Heart centers mostly around their fledgling relationship that they must keep a secret from everyone around them, other than Jill Dragomir, the young girl who has a spirit bond with Adrian. Throw in normal angsty teenager stuff, a bunch of chemistry lingo, magic, tattoos, battles, and some steamy Adrian and Sydney action and you have a mixture of perfection! Anyone who is a fan of vampires, witches, or anything by Richelle Mead should read this book immediately. I am telling you there are few book series that have the same charm and affect as The Bloodlines Series. Can’t wait for Silver Shadows, the fifth installment, that comes out July 29th, 2014! (Pre-order now.)