If you don’t yet have a clue, let us tell you we are SUPER Excited to that Simmone Howell, Will Ritter, James Klise, and Ransom Riggs will be attending the Texas Teen Book Festival this year! This panel is guaranteed to keep you guessing with a mix of characters who encounter ghosts, other-worldly beast, and secrets! You guys do not want to miss this one!!! If you want to get a clue as to why this panel is soo great, here is a bit about the authors and their mysterious books: 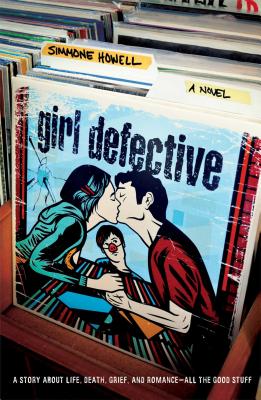 Simmone Howell is the award-winning author of Notes from the Teenage Underground and Everything Beautiful .  Girl Defective is her newest novel about a girl named Sky who lives in a vintage record shop, where she meets a ghost and  a boy. As thing get weirder and weirder, Sky has the most strange, mysterious, and extraordinary summer of her life.

3) She likes flowers in an old glass jars.

4) For music, she listens to cumbias, also bluegrass and mountain music.

5) She dreams of staying in Big Sur, just for a little while.

William Ritter is the author of the debut novel Jackaby. R.F. Jackaby is an investigator of the unexplained with a keen eye for the extraordinary–including the ability to see supernatural beings. A serial killer is on the loose. The police are convinced it’s an ordinary villain, but Jackaby is certain it’s a nonhuman creature. The novel is being described as Doctor Who meets Sherlock. This is the first in a funny, macabre series.

1) He once broke his arm while playing with Ninja Turtles action figures. (The Shredder won that round.)

2) The very first chapter of his book was typed out on a cell phone screen at night. Other passages were written with pen and paper, on a computer, and on a typewriter.

3) He can perform coin tricks very well, and play the accordion… less well.

4) His house is protected by a pair of Ryukyuan Shisa guardians, brought back from the year he lived in Okinawa, Japan.

5) In his senior year of college, he turned in a final essay to an advanced Shakespeare class in the form of a hand-drawn comic book and received excellent marks. 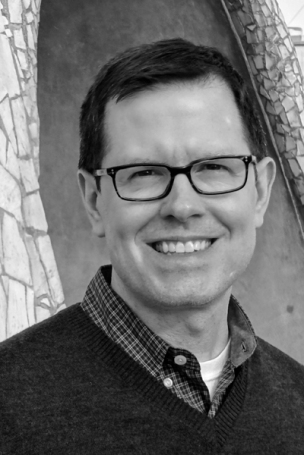 James Klise is the author of a new mystery called the Art of Secrets. It follows the story of Saba Khan after her  apartment burns in a mysterious fire that is possibly a hate crime. Her Chicago high school rallies around her and her family moves rent-free into a luxury apartment. Saba’s Facebook page explodes, and she starts secretly dating a popular boy. The true story of the fire that sets events in motion comes out. Klise uses journal entries, interviews, articles, letters, text messages, and other sources to tell the story.

1) He is a theater nut! His love of theater inspired the monologue format of The Art of Secrets.

2) He won an ALA Stonewall Honor for Love Drugged, a novel about a closeted gay h.s. freshman who steals a drug to make him straight.

5) He has five older sisters & ZERO brothers. If you can spare a brother, please let him know.

Ransom Riggs is a photographer and  bestselling author of Miss Peregrine’s Home for Peculiar Children and Hollow City. The series follows Thomas as he figures out the mystery behind the orphanage and the strange and unusual children living in it. It has mystery and time-travel and creepy pictures that will keep you up at night. Miss Peregrines Home for Peculiar Children is currently in production with director Tim Burton to hit theaters July 31, 2014!!!

1) He collects vintage photographs and uses them in his books.

3) He went to film school and he love’s making short films and videos.

5) He’s married to another young adult author, the lovely and talented Tahereh Mafi!!!!

The 2014 Texas Teen Book Festival will take place on Saturday, October 18 8:30am – 5:30pm at St. Edward’s University. The day-long event is totally FREE and open to the public. 29 authors will appear on a series of panels, in special talks and even in a crazy live game show! The BookPeople Teen Press Corps will bring you live coverage of the day’s events over on the TTBF website. BookPeople is proud to be the co-founder, official bookseller and program director for the Festival. BookPeople is pleased to work in partnership with the the Texas Teen Book Festival, the Texas Book Festival, St. Edward’s University and the Austin Public Library Friends Foundation to bring this totally awesome, totally free event to Austin’s readers.