Even during lunchtime, the fun never stops at the Texas Teen Book Festival!!! In the middle of all that excitement on October 18th, Andrew Smith and A.S. King will appear in conversation about their new books, Glory O’Brien’s History of the Future (A.S. King) and 100 Sideways Miles (Andrew Smith). They might even be discussing how Sony Pictures is tapping Edgar Wright to direct Grasshopper Jungle!!! Yes, it is being made into a movie!!! You do not want to miss out on this one of a kind lunch! 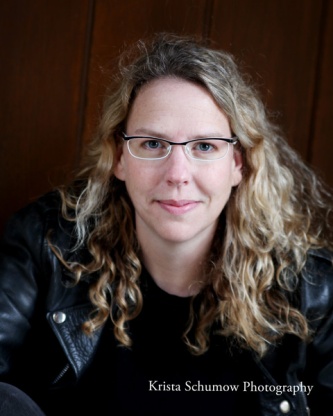 A.S. King, self-proclaimed “wearer of magical writing pants”, is best known for her award-winning young adult novels (she writes novel-length and short fiction for adults, as well). She is well know for her writing style and realistic characters. The New York Times Book Review has proclaimed, “A.S. King is one of the best Y.A. writers working today.” Impressive!

Her books include: Ask the Passengers, Everybody Sees the Ants, Please Ignore Vera Dietz ( Michael L Prints honoree, Reality Boy, and her newest book Glory O’Brien’s History of the Future.  She will be speaking during our lunchtime conversation about Glory O’Brien’s History of the Future, which follows Glory, who is  graduating from high school. When Glory was only four years old, her mother committed suicide, and she’s never stopped wondering if she will eventually go the same way…until a transformative night when she begins to experience an astonishing new power to see a person’s infinite past and future. From ancient ancestors to many generations forward, Glory is bombarded with visions–and what she sees ahead of her is terrifying: A tyrannical new leader raises an army. Glory makes it her mission to record everything she sees, hoping her notes will somehow make a difference. She may not see a future for herself, but she’ll do anything to make sure this one doesn’t come to pass.

Fun Facts About A. S. King:

Her favorite book of all time is God Bless You Mr. Rosewater by Kurt Vonnegut.

The book that finally got her writing is Salman Rushdie’s Satanic Verses.

She is a Pisces (and yes, she believes in that stuff).

She has a degree in traditional photography from the Art Institute of Philadelphia.

Andrew Smith is well know for his absurdly-hilarious, dark, and fantastical books! He will be speaking and signing his newest novel 100 Sideways Miles, which follows Finn Easton who sees the world through miles instead of minutes. It’s how he makes sense of the world, and how he tries to convince himself that he’s a real boy and not just a character in his father’s bestselling cult-classic book. Finn has two things going for him: his best friend, the possibly-insane-but-definitely-excellent Cade Hernandez, and Julia Bishop, the first girl he’s ever loved.

Then Julia moves away, and Finn is heartbroken. Feeling restless and trapped in the book, Finn embarks on a road trip with Cade to visit their college of choice in Oklahoma. When an unexpected accident happens and the boys become unlikely heroes, they take an eye-opening detour away from everything they thought they had planned—and learn how to write their own destiny.

The 2014 Texas Teen Book Festival will take place on Saturday, October 18 8:30am – 5:30pm at St. Edward’s University. The day-long event is totally FREE and open to the public. 29 authors will appear on a series of panels, in special talks and even in a crazy live game show! The BookPeople Teen Press Corps will bring you live coverage of the day’s events over on the TTBF website. BookPeople is proud to be the co-founder, official bookseller and program director for the Festival. BookPeople is pleased to work in partnership with the the Texas Teen Book Festival, the Texas Book Festival, St. Edward’s University and the Austin Public Library Friends Foundation to bring this totally awesome, totally free event to Austin’s readers.