Another week into fall and we are still getting fantastic new books that we can’t wait to read! Still to come this fall are new releases from Texas Teen Book Fest authors like Marie Lu and Garth Nix.

Speaking of which, we finally got Texas Teen Book Festival author Scott Westerfeld’s new book, Afterworlds. This is a book about an 18-year-old girl, Darcy, who writes a book and gets a major two-book publishing deal. She has been paid $300,000 for those two books, so what’s a girl to do? First, she has to write the second book, and then she has to figure out everything else – relationships, college, family, and herself. Filled with publishing insider info, Darcy’s story offers readers a glimpse into the life of an author – all the guts and the glamour. The second story of the book is Darcy’s book called Afterworlds, which is a riveting fantasy starring a girl who has a near death experience that leads her to a Hindu death god and the underworld filled with ghosts and other terrifying beings. This is a meaty book with two great characters and story lines to follow. Hear more about it from Scott at #TTBF on October 18! We can’t wait!! 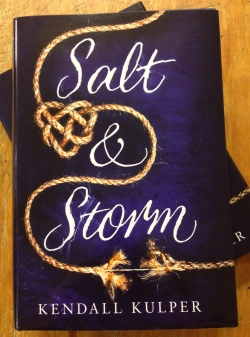 Ellen’s two-cents for the week is Salt and Storm by Kendall Kulper. “It’s an atmospheric and romantic story about witches set on an island. It’s an eerie, and windswept, and breathless witch tale.”

Here’s what else is new: 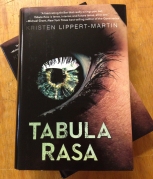