We have some amazing panels this year and Is This Real Life is one of them! This panel will be focusing on books that involve fantasy and magical realism in their stories. The authors headlining this panel are: Leslye Walton; A. S. King; Scott Westerfeld; Guadalupe Garcia McCall; and Cory Doctrow!! Here is a little bit more about the authors and their books. 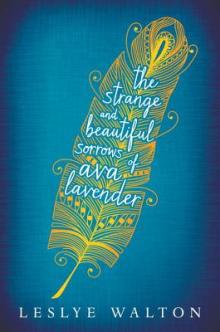 Leslye Walton is new author that has oodles of talent. Her writing skills are that of a seasoned author. Her writing will blow you away! The Strange and Beautiful Sorrows of Ava Lavender is her debut novel which follows Ava, a girl born with wings. The story is told through generations of the Roux family women with beautiful writing that will surprise you through and through.

Fun Facts About Leslye Walton:
1. She  was born in the Pacific Northwest. Perhaps because of this, she has developed a strange kinship with the daffodil — which can only achieve beauty after a long, cold sulk in the rain.

2. She is a full-time middle school language arts teacher in Seattle – she teaches kids how to read and write, and be kind to each other, even when they don’t feel like it.

3. Ava Lavender was initially inspired by the Colin Hay song, “I Just Don’t Think I’ll Ever Get Over You”

4. While dutifully researching pastry and baking for the writing of the book, she got very sick and discovered she had a gluten allergy.

A.S. King is best known for her award-winning young adult novels, though she writes novel-length and short fiction for adults as well. A.S King is an all-star. Her newest book, Glory O’ Briens History of the Future follows Glory, a girl who is bombarded with visions. What Glory sees of the future is terrifying: a tyrannical new leader raises an army and women have no civil rights. Glory makes it her mission to record everything she sees, hoping her notes will somehow make a difference. She may not see a future for herself, but she’ll do anything to make sure this one doesn’t come to pass. A.S. King will be signing this book at TTBF!

Fun Facts About A.S. King:
1.Her favorite book of all time is God Bless You Mr. Rosewater by Kurt Vonnegut.

2.The book that finally got her writing is Salman Rushdie’s The Satanic Verses.

3.She is a Pisces (and yes, she believes in that stuff).

4.She has a degree in traditional photography from the Art Institute of Philadelphia.

Scott Westerfeld is the author of the Leviathan trilogy, the Uglies series, the Midnighters series, and “The New York Trilogy,” three novels all set in contemporary New York, but not a real trilogy. Scott Westerfeld has and always will have a special place in my heart. One of the first series I ever set and read all the way through was Midnighters. Scott is one author that I contribute my love of reading and writing too. Scott has been writing amazing books for as long as I can remember. Though he is best known for his Uglies series, every one of his series and stand-alone’s are killer. His writing skills are astonishing and his uncanny ability to make up the most amazing, unheard of story-lines makes Scott Westerfeld one of the greats. He will be speaking and signing his brand new book Afterworlds at the TTBF!

Fun Facts about Scott Westerfeld:
1. He has written 18 novels.

4. Lives part of the year in Australia. 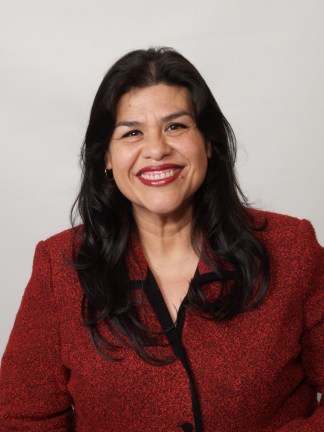 Guadalupe Garcia McCall is the author of Under the Mesquite, a novel in verse and Summer of the Mariposas. She also writes poems for children. She will be speaking about her new book, Summer of the Mariposas which follows Odilia and her four sisters while they rival the mythical Odysseus in cleverness and courage as they embark on their own hero’s journey. After finding a drowned man floating in their secret swimming hole along the Rio Grande, the sisters trek across the border to bring the body to the man’s family in Mexico. But returning home turns into an odyssey of their own.

Fun Facts About Guadalupe Garcia McCall:
1.She has a chihuahua named Blanca, she is her little girl!

2.She can write her name backwards in cursive.

3.She loves lipsticks, a girl can’t have too many lipsticks.

5.She’s a day dreamer! If daydreaming paid, she’d be a billionaire!

Cory Doctorow is a science fiction author, activist, journalist, blogger and the author of young adult novels, which include, Homeland, Pirate Cinema, and Little Brother. In our opinion, he is an awesome writer. His books are evenly leveled between fantasy and sci-fi. He does both genres great and can even write them both into one book. He will be speaking and signing his long-awaited graphic novel for teens, In Real Life, illustrated by Jen Wang!!

Fun Facts about Cory Doctorow:
1. He’s the co-editor of the weblog Boing Boing.

3. But he has a British citizenship.

4. He is mentioned in the novel Ready Player One.