On April 15, members of the Teen Press Corps had the opportunity to sit down with debut authors David Arnold (Mosquitoland), Sabaa Tahir (An Ember in the Ashes), and Aisha Saeed (Written in the Stars). We had a wonderful evening chatting with them about books, writing, and their experiences in the Young Adult industry. We extracted the responses from this month’s Buzz Book author, Sabaa Tahir, and posted her portion of the interview here. Check it out!

TPC: What has been your experience breaking into the YA market?

David Arnold: We’re all Penguin, so I feel pretty confident in saying that we have the best publisher. So as far as marketing goes, we’re in really good hands and I don’t really worry about it. As a writer your job is to write a book, and if you start worrying about the landscape of marketing you’re not going to write. So Penguin makes it really easy for you to just write a book and not worry about that landscaping, because it’s a pretty terrifying landscape.

Aisha Saeed: I definitely agree with you. I met Jacqueline Woodson last year, and I’ve been reading her books since forever. I met her and I couldn’t speak, and she just gave me a hug. So, I was worried, you know – okay I have a book deal, now what? But there’s so much support, like David was saying. Other authors will give advice and tips on what to do, and everyone’s just so friendly.

DA: The community, that’s what’s been the most exciting, surprising . . . it’s something I didn’t even know existed and then I got into it.

TPC: What were your favorite books as a kid and did you take any inspiration from them?

For me, it was two books by Irene Hunt, The Summer of My German Soldier and Up a Road Slowly. I got them from my library and I would just repeatedly check them out. I just love them because she talks about how difficult it is to feel like no one understands you and feeling alone. The Summer of My German Soldier, I think it really helped me to see the world, like everyone can seem so different from you but you also have that humanity in common, too.

DA: You guys have these really serious, life-changing books that you . . . [Sabaa Tahir AND Aisha Saeed LAUGH] Pierre: A Cautionary Tale in Five Chapters and a Prologue by Maurice Sendak.

It’s not even a chapter book, it’s about a lion who eats a kid and then vomits him back up. It’s pretty much the most awesome thing. Pierre led me to The Hardy Boys, which I reread until I found Jurassic Park in middle school. I read that eight or nine times. It’s the only book of which I’ve ever literally read the cover off. In high school I read a lot of Jeffrey Eugenides and Michael Chabon. I thought I was like this . . . I don’t know. I’ve since reread them, and that’s why I scoff at myself because back then I thought I understood them . . . Well, it meant something to me then, and now it means something different to me.

TPC: Which part of writing your novel was the most emotionally draining or the most fun?

DA: That’s an easy one for me, because I was writing it while I was a

stay-at-home dad with a newborn baby. So that was the most draining. I had also just left behind my freelance music career in Nashville because my wife and I found out she was pregnant, and she had a steady job whereas freelance is . . . not at all steady. For the most fun part, writing is therapeutic. My wife would come home from work and I would be in a good mood maybe one day a week. Those were days when I felt like I’d gotten good writing done. Sorry, that wasn’t really uplifting. It’s a really fun job, I really do love it. But the draining parts are, for some reason, etched in my brain.

AS: The most emotionally draining thing for me is that this [forced marriage] actually happens to people. I had friends who didn’t go through this exactly, but they went through similar stuff. So, writing it was kind of in some ways reliving it. Going in to Naila’s head and her feeling trapped . . . it’s fiction but it’s also very real. The most fun part was writing the end. My book was started in 2007, so it was really fun to be able to say, “I’m done! I’ve finished a book!”

TPC: Which of your characters do you identify most with?

DA: There’s this creeper on the bus . . . I’ve taken a Greyhound bus and I couldn’t just not write a creeper on a Greyhound bus. You know, just don’t get on a Greyhound by yourself. Mim makes lots of terrible choices and I haven’t been in the same situations as she has but her voice is very much my own voice. Which is strange because then you’re trying to write another book with a different character and your voice is a new voice. Sorry, that’s not part of the question. Writing more books is hard.

AS: I agree with what you just said. People will tell me, “I thought, getting forced in marriage, when she went overseas everyone would be evil,” but that’s not it. There is a part of me in each character, so I try to look into each character and know that everything’s not just black and white. Everyone has something to them, some kind of depth in them. I lived with each character as I wrote. I do identify most with, as everyone said, the main character because that’s the voice that comes out. The book’s in first person which really helped me to relate to her.

TPC: What are your hopes for your future career, besides publishing more books?

DA: I want to be basically John Grisham. I just want to be a billionaire. In all honesty, I told my wife years ago that I’d be really disappointed if I never published a book so anything else beyond this is just gravy. That was my dream so that’s accomplished. I hope to have a long career, still publishing books when I’m 60. I know that’s rare. I do want to get back to middle grade, I have some ideas for middle grade that I’d love to get to. I love middle grade’s innocent whimsy.

TPC: If you could spend a day with a character of your choice, who would you choose?

Samwise Gamgee. I’ve thought about this a lot, actually. He’s my favorite character ever. He is completely loyal, and when the main character can go no further Sam put Frodo on his back and carries him up Mount Doom. He’s just . . . Man, I love that guy. He can cook, too! He’ll make me breakfast and second breakfast.

AS: Pied Patel from Life of Pi. 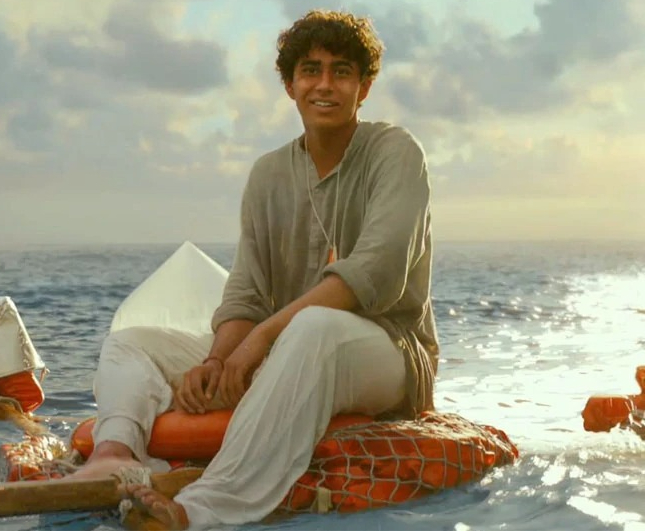 He has all this great insight on religion, zoology, all these different things. There’s so much I could learn from him

TPC: What are some of your writing rituals?

AS: Written in the Stars just came to me, I felt like I was dictating it almost. I was nervous because I usually like to plan things out first and I didn’t know how the book was going to end and I found out as I went. All the rest of my books I’ve plotted, and this is the only book I’ve written spontaneously. I like to have chai with me. I read this book by Ann Patchett where she gives advice, one piece of which is to not have a writing quirk. Unfortunately, I do need chai. I will have a caffeinated cup of chai at midnight as I sit down to write.

DA: I make playlists for my characters. A byproduct of writing with a new born is that you can’t have a routine. You write where you can, when you can. My writing quirk is that I’ve never written at a desk. I got a lot of writing down at the YMCA. My wife was a teacher there so I’d take my son to the daycare and write in the lobby. I had to make it work without a routine, but I always use music. The problem with the second book is I can’t listen to any of the same songs that I listened to during Mosquitoland.

TPC: How did you move from your first draft to revising?

AS: I don’t like writing the first draft. I love revising; it’s fun. After finishing, I give it two weeks and then I go back to it.

DA: I never outlined Mosquitoland. I knew how it would end but I didn’t know how Mim would get there. I’d write ten pages, then revise those ten pages. I’m saying ten, but it could be twenty or five. I did the first draft and revision separately on my second book, thought I don’t like writing to an outline. Each book is different, though.

TPC: Do you have any advice for writers or aspiring writers?

DA: Reading and community. I had tremendous writing friends long before I was published and I couldn’t have done this without them. If you can find a community, that’s huge.

AS: You have to be gentle with yourself. I remember, when I first started writing I would write a paragraph and think, “This is awful,” and delete it. The first draft is hard and it doesn’t look good the first time, it never does. It’s normal to think what you wrote the first time sucks, and you just have to keep on going and revise later. And don’t just read great books; read books that you’ve heard aren’t very good too. You can learn a lot from reading both books you like and don’t like.