From Publishers Weekly: Heather Brewer, author of the best-selling series The Chronicles of Vladimir Tod, announced that she will be undergoing gender-reassignment and will be transitioning from female to male. After the reassignment the author will legally go by the name Zac Brewer, which will appear on all future books.

Although, this is a surprise to everyone; we hope everyone will follow suit and  support and respect his decision and applaud him for being so open about his personal life. Hopefully, this news will help others dealing with the same issues and to bring knowledge and diversity into the YA community. Hooray, for Zac Brewer!!!

For more details about the article and information about the transgender community click here.

Looking For Alaska Has A Director

Yes! Looking for Alaska has found its director and it’s a woman!!! Rebecca Thomas will be directing the soon-to-be newest book turned to movie Looking For Alaska by John Green. The movie has been in the works for a decade and we can now say that it has gotten the green light for production! The screen-play will be written by Scott Neustadter and Michael H. Weber who also did the screenplay for both the Fault In Our Stars and Paper Towns. We. Are.So.Excited.

From Entertainment Weekly: Holly Black, author of The Darkest Part of The Forest has signed with Little, Brown Books For Young Readers for a young adult trilogy. The series title will be The Folk of Air, and the first book in the series will be called The Cruel Prince. “This series will delve deeper into the strange, glittering, malicious courts of Faerie than I’ve gone before,” Black says in a release. The first book is slated to release Winter of 2018.

Looks like we have a great deal of time before this hits the shelves, but we quench our book thirst by re-reading all of Holly Black’s Modern Faerie Tales books! 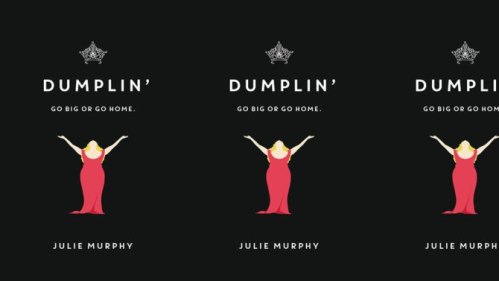 From Variety: Dumplin’ by Julie Murphy has been optioned and picked up by Disney! Disney is in talks with Michael Costigan to produce the film based of the book by Murphy that hits the shelves September 15, 2015.

Who will be the director? Who will they cast as Dumplin’? Who knows, but what we do know is that Julie Murphy will be at BookPeople in conversation with bestselling author Leigh Bardugo on September 29th, 2015 @ 7pm.