Every year at the Texas Teen Book Festival, one of the goals is to make the panels different from the year before, and have them be meaningful and interesting. The “No Risk, No Rewards” panel will focus on daring characters who take on many challenges to achieve their goals — either by rekindling a friendship, getting revenge in the name of a friend, or falling in love with a perfect stranger. Here’s a little info on each of the five panelists. Come meet them in person and hear what they have to say!

We’re always excited to see local authors attend TTBF! Lindsey Lane has lived in Austin for a few years now and wrote her first YA novel, Evidence of Things Not Seen here. Before she was writing novels, Lane was interviewing for the Austin Chronicle and the Austin American Statesmen and also wrote plays in her spare time. Evidence of Things Not Seen follows the story of Tommy — the story of a high school boy who has gone missing is told in a series of first-persons by the people who knew Tommy. 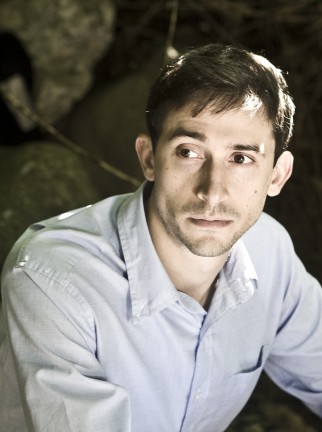 Jesse Andrews is the best-selling author of Me and Earl and the Dying Girl, and also the screenwriter for the film (released in June 2015). He was born in Pittsburgh, and graduated from Harvard University, and continues to live in Boston. He has received several awards such as a 2012 Cybils Award for YA fiction. The film adaptation was named the Grand Jury Prize: Dramatic Winner and the Audience Winner: U.S. Dramatic Winner at the 2015 Sundance Film Festival. Me and Earl and The Dying Girl is a story of friendship, outcasts, and finding love in the places you’ll least expect it. Jesse is definitely someone I am looking forward to seeing!

David Levithan — one of my personal favorite authors — is an exceptional writer! He writes about things we all wonder, and explores in-depth subjects many people swerve around. Most of his novels are about self-identity, love, and sexuality. He’s not one to beat around the bush on these subjects either. His writing is raw, truthful — stories that you won’t forget. His newest novel is Another Day, a companion to Everyday. In addition to these, some of his most well-known novels are Will Grayson, Will Grayson, co-written with John Green; Nick and Norah’s Infinite Playlist, co-written by Rachel Cohn; Dash and Lily’s Book of Dares, also co-written with Rachel Cohn; and Boy Meets Boy. Levithan is involved within organizations like PUSH Imprint, a group that helps get aspiring YA authors noticed and published. When he’s not writing, Levithan is a publisher and editorial director at Scholastic where he’s edited works by very big names in the YA section such as Suzanne Collins, Maggie Stiefvater, Garth Nix, and Alice Hoffman.

Artist and author, Cindy Pon has released three novels in the YA genre titled Silver Phoenix, Fury of the Phoenix, and Serpentine. When she’s not working on stories, Pon creates beautiful Chinese brush paintings and sells them along with her YA novels. She’s a proud promoter of YA Diversity (which we’re all about at the Teen Press Corps), too! While attending TTBF this year, she will be promoting her newest novel Serpentine which is out now!

Carrie Ryan is the author of the bestselling books in The Forest of Hands and Teeth series and Daughter of Deep Silence — books that are highly enjoyed by members of the Teen Press Corps. Ryan has also written several middle-grade books and series. We hope — and are eagerly anticipating — to have a new young adult novel from Carrie in 2017. She lives in Charlotte, NC with her husband.

Texas Teen Book Festival happens on September 26th, 2015 on the campus of St. Edward’s University. It’s one of our favorite events of the year. We’re proud to be co-founders of this festival and love working on it (and of course being there the day of with all of the books!) Don’t miss it!

One thought on “#TTBF15: No Risk, No Reward Panel”