The Free to Be Me panel will feature five authors who write about characters that are wanting to break the chains and be free to express themselves to the world and their peers. Here’s a look at the authors participating in this totally real panel.

Jennifer Ziegler is the author of five books for teens and young readers. Her teens books include How Not To Be Popular, Sass & Serendipity, and  her latest novel, Revenge of the Angels, is a story of three triplets who must solve a mystery about a stolen Santa with adventures along the way. Revenge of the Angels is the continuation of the Brewsters sisters story, Revenge of the Flower Girls. 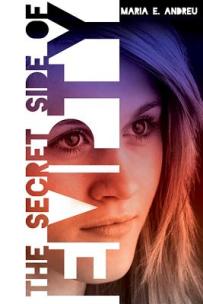 Marie Andreu made her debut last year with, The Secret Side of Empty, a novel about a high school senior who is an undocumented immigrant drawing from the author’s personal experiences. The Secret Side of Empty is a Junior Library Guild Selection, a National Indie Excellence Book Award winner, an International Latino Book Awards Finalist. Maria’s involvement in the immigration rights movement stems from her own childhood and adolescence experiences with being undocumented in the United States. She obtained her U.S. citizenship thanks to the Immigration Reform and Control Act of 1986.

Kaui Hart Hemmings’ novel The Descendants was adapted to film in 2011 and received high ratings as well as an Academy Award and two Golden Globes. George Clooney, Shailene Woodley, and Matthew Lillard starred in the film adaptation. Hemmings’ latest book for teens, Juniors, is a contemporary about fitting in and change.

Una LaMarche is the author of  three young adult novels, Five Summers, a story about friendship, summer camp, and memories; Like No Other, a story of finding love and an unlikely friendship when you least expect it; and her newest book, Don’t Fail Me Now, about five teenagers and a daring road-trip!

Sonia Manzano is this year’s keynote speaker. In addition for books for teens, she has written television show scripts and a children’s books. Her first YA book is The Revolution of Evelyn Serrano, and it’s about a Puerto Rican girl trying to break free of her family’s conservative ways until a visit from her grandmother shakes up her family’s world. Sonia’s most recent teen book, is a memoir called Becoming Maria: Love and Chaos in the South Bronx. Set in the Bronx during the 1950’s, this memoir paints a lasting portrait of a girl’s resilience as she grows up to become an inspiration to millions.

Texas Teen Book Festival happens on September 26th, 2015 on the campus of St. Edward’s University. It’s one of our favorite events of the year. We’re proud to be co-founders of this festival and love working on it (and of course being there the day of with all of the books!) Don’t miss it!