This year at the Texas Teen Book Festival we have some super exciting panels and Tru Love 4Eva is one of them! At this panel, authors Huntley Fitzpatrick, Jenny Han, Morgan Matson, Margo Rabb, and Jennifer E. Smith will be talking about their super cute romance books! Keep reading for some fun facts and information about the authors and what they’ve written. 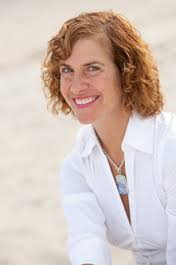 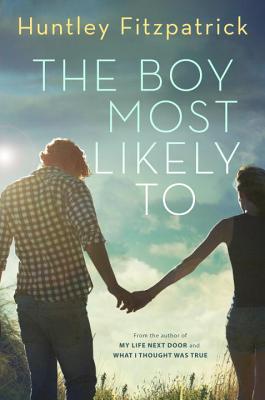 Huntley Fitzpatrick is one of my favorite contemporary authors ever. She has written My Life Next Door, a feel-good summer romance book that will totally make you smile. It’s about a girl who falls in love with the wild boy who lives next door, a secret she keeps from her strict mother and critical best friend. It’s companion novel, The Boy Most Likely To, follows a girl and boy who are most likely not to fall in love. Huntley Fitzpatrick has also written What I Thought Was True, a contemporary novel about a teenage girl who lives on an island and works as a housekeeper like her mother over the summer. But a shocking history with a wealthy boy from across the bridge changes everything.

She has worked as a waitress, caterer, publicist’s assistant, bartender, account firm assistant, romance novel editor, and co-owner of a café.

Her father whole-heartedly supported her writing and gave her a typewriter, a package of cigarettes, and a bottle of Scotch . . . for her tenth birthday!

One of her absolute favorite things ever is the beach.

Her first story was about a family with twenty children . . . the parents were only twenty-two years old!

Jenny Han is best-known for her adorable (and addictive!) young adult novels, although she has written two children’s books as well. She has written To All the Boys I’ve Loved Before, a charming book that follows a girl named Lara Jean who accidentally sends letters out to all of her ex-crushes, professing her love (or hate!) for them. The sequel, P.S. I Still Love You follows Lara as she struggles to choose between two guys. Bring on the love triangle! Jenny Han has also written The Summer I Turned Pretty trilogy and co-wrote the Burn for Burn series.

Her favorite city is New York (in the fall!).

Her Hogwarts house is Slytherin.

Her favorite books are I Capture the Castle, The Hundred Dresses, Never Let Me Go, and Rebecca.

Morgan Matson is the author of Since You’ve Been Gone, one of my all-time favorite summer contemporary fiction reads! It is about a shy girl named Emily who is brought out of her comfort zone by her best friend Sloane. But one day Sloane disappears and leaves Emily with a crazy to-do list. What does Emily do? Follow the list, of course! Morgan Matson has also written Second Chance Summer and Amy and Roger’s Epic Detour, two other awesome contemporary books!

She currently lives in Los Angeles and LOVES traveling.

Her books have been translated into ten languages!

She grew up in New York City.

Margo Rabb is the author of Kissing in America, a book about two best friends who take a road trip to Los Angeles. It’s AMAZING and a total must-read. She has also written Curses for Heartbreak, which about a girl named Mia whose mother died and whose father is ill. Nonetheless, Mia has a positive and humorous outlook on life!

She prefers physical books over ebooks.

She has lived in Texas (Woo!), Arizona, New York, the Midwest, and now lives in Philadelphia.

Her all-time favorite food is chocolate!

One of her favorite clothing stores ever is Modcloth. 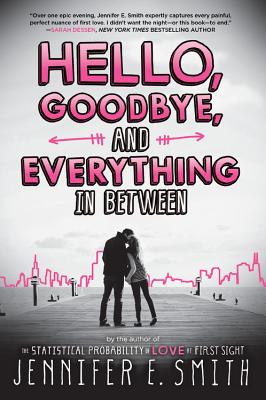 Jennifer E. Smith has written an astounding number of amazing books: The Storm Makers, The Comeback Season, This is What Happy Looks Like, The Statistical Probability of Love at First Sight, The Geography of You and Me, and her newest book Hello, Goodbye, and Everything in Between. Hello, Goodbye, and Everything in Between stars a couple who retrace the steps of their relationship over twelve hours to decide whether or not they should break up before going to college. If you like any of Jennifer’s other books, you will ADORE this new one!!

Her work has been translated into thirty languages!

If she could travel anywhere in the world (in any time period), she would go to Scotland.

She was a camp counselor for many summers and loved her job.

Daisies are her favorite flower.