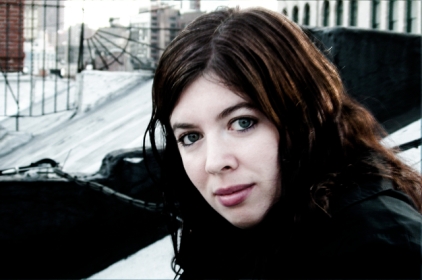 Join us for a dynamite night of YA with author Nova Ren Suma and Suzanne Young! Nova Ren Suma is the author of The Walls Around Us as well as the YA novels Imaginary Girls and 17 & Gone, which were both named 2014 Outstanding Books for the College Bound by YALSA. Suzanne Young is the bestselling author of the Program series of novels. Join us!

Check out Their Books: 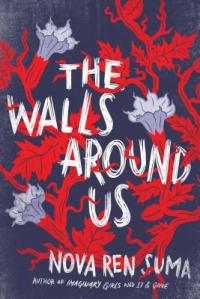 se of what happened out behind the theater, in the tunnel made out of trees. She’s dead because she got sent to that place upstate, locked up with those monsters. And she got sent there because of me.” On the outside, there’s Violet, an eighteen-year-old dancer days away from the life of her dreams when something threatens to expose the shocking truth of her achievement. On the inside, within the walls of the Aurora Hills juvenile detention center, there’s Amber, locked up for so long she can’t imagine freedom. Tying their two worlds together is Orianna, who holds the key to unlocking all the girls darkest mysteries . . . What really happened on the night Orianna stepped between Violet and her tormentors? What really happened on two strange nights at Aurora Hills? Will Amber and Violet and Orianna ever get the justice they deserve in this life or in another one? In prose that sings from line to line, Nova Ren Suma tells a supernatural tale of guilt and of innocence, and of what happens when one is mistaken for the other.

When Audrey Casella arrives for an unplanned stay at the grand Hotel Ruby, she’s grateful for the detour. Just months after their mother’s death, Audrey and her brother, Daniel, are on their way to live with their grandmother, dumped on the doorstep of a DNA-matched stranger because their father is drowning in his grief.
Audrey and her family only plan to stay the night, but life in the Ruby can be intoxicating, extending their stay as it provides endless distractions–including handsome guest Elias Lange, who sends Audrey’s pulse racing. However, the hotel proves to be as strange as it is beautiful. Nightly fancy affairs in the ballroom are invitation only, and Audrey seems to be the one guest who doesn’t have an invite. Instead, she joins the hotel staff on the rooftop, catching whispers about the hotel’s dark past.
The more Audrey learns about the new people she’s met, the more her curiosity grows. She’s torn in different directions–the pull of her past with its overwhelming loss, the promise of a future that holds little joy, and an in-between in a place that is so much more than it seems…
Welcome to the Ruby.

Can’t make it to the event? You can order signed, personalized copies of the books! Simply add the book(s) to your cart and indicate ‘SIGNED COPY’ and the name you’d like in the comments field during checkout. We ship worldwide!