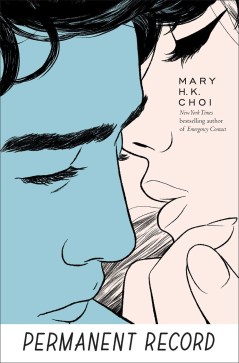 While everything from the summary to the reviews to the blurbs to the cover market this novel as a romance, I refuse to call it just a “new adult romance.” Not that I have anything against romance novels, but Mary H.K. Choi has upgraded the genre in the truest sense of the word. Permanent Record is an incredibly masterful character study that left me completely blown away with Choi’s talent, attention to detail and immense vocabulary.

Speaking of vast vernacular, Choi consistently taught new words nearly every chapter. The way the words were weaved in elevates the work, each sentence so perfectly balanced it almost reads like poetry. Instead of making me feel stupid, having to look up words made me love Permanent Record even more because I felt like I was being treated as a smart and inquisitive human being as opposed to the usual stupid, ditzy stereotype of ‘people who read new adult romance.’

While Permanent Record wasn’t set in Austin (as Choi’s debut Emergency Contact was), I still really enjoyed the setting. It felt just New York-y enough without being obnoxious, which is an extremely difficult thing to do. From the first time they were described, I could see Pablo’s apartment, his mom’s apartment, the bodega and every other of the many locations as clear as day, proof of the smart detail infused in the book.

A staple of Choi’s writing is her humor. Whip-smart and whip-fast, the jokes in Permanent Record are skim-and-you’ll-miss-them. It’s the polar opposite of performative comedy –  all in wording and nothing to do with delivery (as on the page there is none). This is a brilliant way to write because unless you’re listening to an audiobook, the characters aren’t going to actually speak. It’s clever absurdities and well-written anecdotes that are going to draw a print audience’s attention.

Permanent Record threw out my expectations on the first page (and they were high after Emergency Contact). Pablo is as likable as he is hateable, which is proof of what a good character he is. The writing is brilliantly paced, inventively hilarious and perfectly detailed. This nuanced and extremely hopeful novel is about how everyone has the ability to reinvent themselves, whether they make that choice or not. About how sometimes going your own way is the right choice, and how it’s okay to have your own version of success. Mary H.K. Choi has once again shown virtuoso talent with her incredible version of a new adult romance and I am on the edge of my seat waiting to see what she does next. 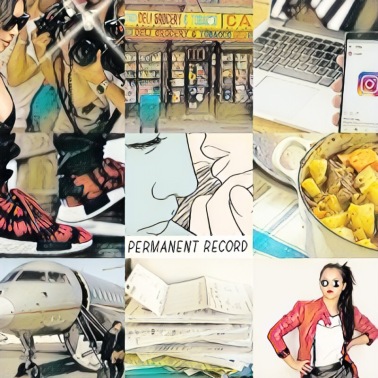 For fans of: Eleanor and Park by Rainbow Rowell, What If It’s Us by Becky Albertalli and Adam Silvera, Darius the Great Is Not Okay by Adib Khorram