“He believes in books, he thinks as he leaves the room.

That much he knows for sure.” 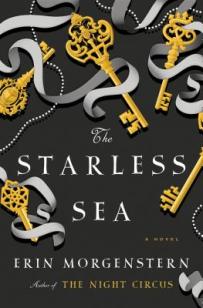 Zachary Ezra Rawlins is the son of a fortune teller. When he was young, he let the magical opportunity of a lifetime slip through his fingers. Now, he’s an antisocial grad student trying to create magic with deeply story-based video games. But then, Fate does something they’re rarely known for: gives a second chance. A book. A party. A door. All steps that lead toward a harbor on the Starless Sea.

To begin, Erin Morgenstern’s writing is the backbone of The Starless Sea. I have not read The Night Circus, so the godlike quality I found printed on the pages of this novel was completely unexpected. She keeps the work accessible while also making sure the reader is never fully confident they understand what anything truly means. Morgenstern has built sturdy literary shelves on which to rest her delicate but dense plot.

Another one of The Starless Sea’s standouts has to be its characters. Zachary himself is deeply explored, but the reader can relate to him right away. I’m more impressed by what Morgenstern managed to do with side characters such as Rhyme, Simon, and Allegra. Though they all had an important role in the story, I didn’t expect to become as invested in them as I was. They had little page time but felt extremely profound, proving a theme of the book: everyone has their own story.

“They had little page time but felt extremely profound, proving a theme of the book: everyone has their own story.”

The main star of The Starless Sea comes with the intersection of the writing and the characters: the pure magic of the novel. Morgenstern seamlessly weaves between passages from the books the characters collect along their journey and the journey itself, as well as jumps in and out of time and at least a dozen different perspectives. Secondly, the emotion in her writing is simple but effective, eliciting smiles, gasps, and sobs from myself and surely others.

In total, The Starless Sea is a literal literary masterpiece. Erin Morgenstern paints a world that any reader worth their books would want to visit with every bit of their star-stuff. Strokes of deep-thinking metaphors are matched with dashes of true humor and a beautiful romance. Each character is perfectly colored, and there are just enough cats weaving through legs to make this a perfect novel. In the end, I can only frame this story as ephemerally amaranthine and pure lightning in a bottle. 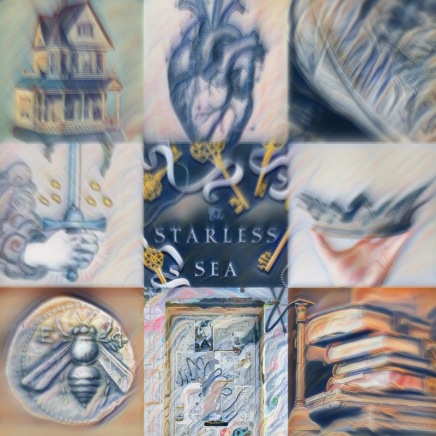