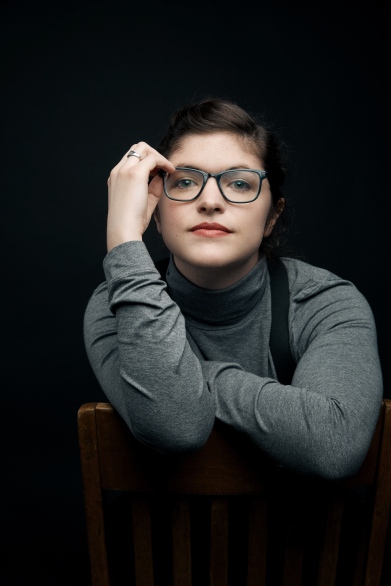 Q: What or who inspired you to write?

LS: I think just everything around me at all times, people and friends and conversations. I’ve been having a really hard time writing over the past few weeks I’ve been on tour, and I’ve been just tired and traveling and moving and in a different city. And then I got back to LA and I went over and hung out with one of my friends and we had a long conversation and just, you know, caught up and talked about all these different things that were happening in our lives. And it really helped me get back into into writing. I think that because I’m introverted and I tend to protect my alone time, sometimes I isolate myself. And I find that if I’m stuck and I’m needing inspiration, talking to somebody that I know really well or getting out and trying something new, or even just getting out and walking around and sort of observing people can really help because I think that, you know, if you spend all of your time just by yourself and in your house in the way that I do, your brain can kind of stagnate. So it’s good to get out there and have input.  I was just at New York Comic Con– that’s a lot of input– and like, that’s a bit hard to draw inspiration from because it’s a lot of different things but I’m not going deep on anything, versus if I can talk to somebody and go really deep on a subject, whether it’s like a movie that we just saw or politics or, you know, something that’s happening in their life that I’m like talking them through or learning about and all that kind of stuff helps me see the world from a different perspective, which is all that that writing is.

Q: Did you write the Bright Sessions podcast, then the book The Infinite Noise? Or did you decide to do the podcast after you had a book in mind?

A: I started writing the podcast in 2014, although I just wrote like one episode, then I have that permission thing where I was like, “Oh I can’t do this, I’m not a writer” and then in 2015 I started up again. I read the first season and got Briggon, Anna, and Julia to come out, and we were talking about it and I was thinking about the next season and starting to build out this Caleb and Adam relationship. And I was realizing that Adam was never going to be a character in the podcast and he ended up becoming a character, which I am so happy about because I love working with Alex. But initially it was just going to be hearing that romance entirely from Caleb’s perspective. And so I started to write what actually ended up becoming chapters five and six of this book as an exercise for myself, because I wanted to get a look into what Adam’s perspective was, and also the way that therapy sessions work. Caleb was relaying to Dr. Bright all the things that he’s experiencing right? We’re not experiencing it with him in the moment. And so I wanted to examine the immediacy of his empath ability in school, which we never go to school with him in the podcast. And so I just started writing this as a little writing exercise. And then when I got a book agent and was starting to talk to him about what a Bright Sessions book would look like, I dredged up to this old writing exercise of these two characters in this beginning of a romance and sent it to him was like, “Can I do YA books do you think?” and he encouraged me to write more. Then I started to think about what other characters I wanted to explore in that medium and wrote proposals for books about Damien and Rose, and here we are.

Q: Describe your story (the book and the podcast) in 3 words.

A: Empathetic, mysterious, and intimate.

Q: For any new readers/listeners would you recommend to read the book or listen to the podcast first? Or alongside each other?

A: I think the book actually can be a really great place to start because it’s just a really small perspective on this larger atypical world. Because you’re only seeing these two characters, and it hints at all this other stuff that they get into in the podcast, but the podcast is going to spoil stuff for the book. The book, other than Caleb and Adam’s story, doesn’t really spoil stuff for the podcast. But there’s a couple of other things that if you read the book first, in the podcast there would be like fun little tidbits to learn, but you can definitely read them and listen to them simultaneously. The book tracks over the first two seasons of the podcast with the first like 25-ish episodes, and so we’re working on a realistic plan right now that we’re going to be running on our Bright Sessions Twitter. I’m currently going through the book and figuring out which chapters take place between which episode so we can say like, “Okay, you listen to this episode and now read these chapters of The Infinite Noise” and the next episodes we can ignore.

Q: What character in The Infinite Noise do you relate to the most?

A: Adam, definitely. I based Adam a lot on who I was at 16, and I just made him a boy. His scenes and chapters were very easy to write because it was just like, how I thought when I was 16.

Q: Did you choose to voice Sam? If not, who was your first choice?

A: She actually was kind of the the reason that I started the podcast in the first place because I was acting, and I’ve been musical theater performer for a long time, then decided I didn’t want to do musical theater I wanted to eventually go into like TV and film. So I was auditioning and doing that and it just wasn’t really going anywhere. So I decided to instead of, you know, waiting for permission for somebody to say yes you can be in this thing, I decided to write my own thing. And so I wrote the character of Sam for myself. And she’s also based on like my own experiences with anxiety, sadly not my own experiences with time travel, still haven’t cracked that one yet. I briefly thought about being Dr. Bright when I first read the first script I was like, “Maybe it could be fun to be Dr. Bright?” and I thought about it and then I realized, no, I would feel weird, like I would have fun playing Dr. Bright, but I would feel weird having someone else play Sam, and I knew I couldn’t do both. And so I decided to play Sam. And then I was in class with Julia Morizawa, who plays Dr. Bright, and when I was watching her work I was like, “Oh, she’s Dr. Bright. That’s what I want, I want her to anchor the whole show.”

Q: In the beginning we find out that Sam found her way to Dr. Bright through this poster that says “Therapy for the Strange and Unusual,” so my question is, did Dr. Bright ever have people who weren’t Atypical come to her? And if so, how did she deal with that?

A: Yeah, totally, we did a bunch of bonus episodes after we finished the Bright Sessions of all of Dr. Bright’s other active patients and kind of looking at all these different Atypicals. And I briefly flirted with the idea of having an episode about one of those people because the process of finding a therapist can take a while, because it has to be a good fit from from both ends. I myself have been to see a therapist like for one or two sessions and then I realized it’s not going to be a good fit, they’re not going to be the right therapist for me. And so I think it would happen to Dr. Bright too, where she would have a patient come in who is not Atypical but thinks that they have a problem that might may be like, something that she can help with. And because she is so specific and she wants to make sure that she focuses on the people who she can help and she is uniquely suited to help. I think that whenever those things would happen she would usually explain to patients like, you know, I’m highly specialized in my area, or I don’t actually have any availability right now, but here I’m gonna refer you to a therapist that you’d refer them to someone who’s just a non Atypical therapist. But I never actually wrote it, I wrote a couple ideas down but we never actually wrote it. I thought about having one that was like just a one off, not an Atypical person but it just never, ended up happening.

Q: How did you decide to connect color and emotion for empaths?

A: I was thinking about all the different ways in which I experienced emotions and I was reading a lot about Synesthesia, where you basically can hear colors and see sounds and it’s a basically a cross wiring of your senses and the way that your brain interprets sensory input. And there have often been times when people who have Synesthesia describe seeing colors when people are speaking, or feeling sounds in a particular way, and so that sort of mix of one sensory experience being expressed through another type of sensory experience was, I think, a great jumping off point for describing what Caleb’s empathic abilities were like, and colors seemed like a really easy and natural way to get there.

Q: When reading books or listening to podcasts, do you tend to like the villains or the heroes better?

A: I think I like the people that kind of straddle the lines a little bit. I’m reading Vengeful by V.E. Schwab right now, and I read Vicious earlier this year, and I saw her read her Shades of Magic series which I’ve heard is incredible, but something that she talks about is that she’s always making her villains into heroes and she was making her heroes into villains. And I think for me, like the the development that a character has over the course of time, and the questions they’re confronted with morally in their lives is always really interesting to me. I like characters that are trying their best, but that can mean a lot of different things. For a villain character, trying their best could be to try to take over the world. But I think that the characters I don’t connect to are the ones who are just doing something for the sake of doing something.

Q: Do you have any advice for your readers and or listeners?

A: I think something that’s important is, don’t wait for permission. Don’t wait for permission for somebody to tell you that you can write or that your story is worth hearing. It absolutely is and you absolutely can. And so I think that even if it’s something you’re not ready to share with people yet or something you just want to do for you, you’re going to become a better writer the more that you write and the more that you read. So don’t feel like you have to wait for somebody to give you something or to let you do it. With a pen and piece of paper or a laptop, you can create entire worlds.