“I sat on the curb, leaned back, and looked at the stars – crystallized, sparkling against the black tarp of the sky. I wondered how much of me was up there. How many times I had disintegrated, dissolved into that infinite sea, become one with something so much bigger than myself. How many times had it saved me?” 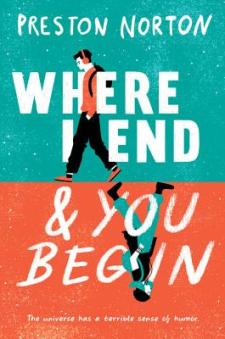 Ezra Slevin and Wynonna Jones hate each other. They have since, like, ever. Unfortunately, Ezra is deeply in love with Wynonna’s best friend, Imogen, and has been since, like, ever. (or more specifically, a fourth-grade production of Romeo & Juliet). But then there was the eclipse, and then they swapped bodies, and now Ezra is lying in Wynonna’s bed with Wynonna’s blue hair while she texts him from his phone about how to get rid of his (her?) morning boner. On top of managing each other’s insomnia, dyslexia, broken homes, adolescent bodies, and prom dates, they’re both cast in a detention-kids-only production of Twelfth Night. Along the way, enemies become friends become lovers with other friends who become enemies with the friends who used to be enemies but aren’t lovers, and you’ll figure it out.

I wish we had a chance to get inside both characters’ heads, even though I see how that could get confusing in a book like Where I End & You Begin. Ezra being the only narrator kept the story straight forward, but I often found myself wishing to know what Wynonna was thinking, especially because we knew she was full of complicated emotions and a tragic backstory.

Although body-swapping is a generally wacky trope, most notably used in the many iterations of Freaky Friday, it has stood the test of time because of its limitless possibilities. The genre is generally used to put characters into hilariously awkward situations, but there is also a way to grow empathy and identity by literally walking in another person’s shoes. Where I End takes advantage of both of these ideas, smartly explore the growing bond between the swappers as well as inventing an appropriate amount of goofy mix-ups.

There was a wealth of pop culture references in Where I End, and at times I will admit they toed the line between adding to the story or not. Overall, however, they gave a charm to the book that made it stand out from the many bland contemporary YA novels coming out today and elevated the characters to a level of relatable high above the basic need they already met. 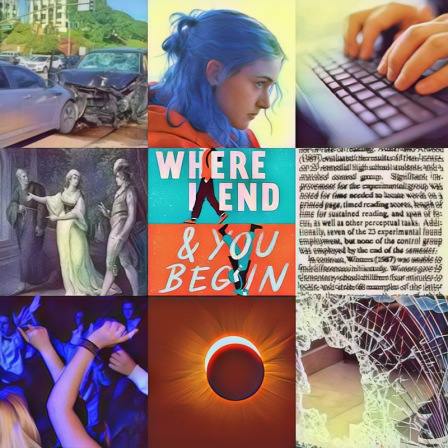 In total, Where I End was a quirky, well-plotted, genuinely funny novel that took a played-out trope and made it feel fresh. (And no, I definitely don’t like this book just because they do a production of Twelfth Night. But it certainly didn’t hurt.)

For Fans Of: The Last Best Story by Maggie Lehrman, Rayne & Delilah’s Midnite Matinee by Jeff Zentner, This is Kind of an Epic Love Story by Kacen Callender